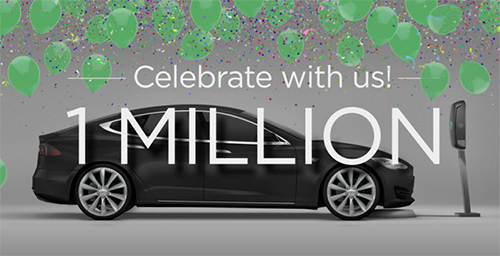 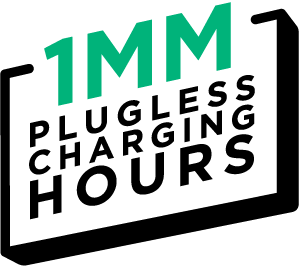 RICHMOND, Va. – Evatran Group, Inc. (“Evatran”), the manufacturer and distributor of Plugless, announces that Plugless installations across North America (and some worldwide) have crossed 1-million hours charged this month. This marks another milestone in an uninterrupted history of ‘firsts’ for Plugless in the EV industry.

The History of Plugless Firsts

To celebrate surpassing the 1-million hours charged mark this month, Plugless is offering an instant rebate of $600 on the premium Plugless system for Tesla Model S. Information on Tesla Model S charging and instant rebate can be found at: http://www.plugless.com/tesla

The Plugless™ Level 2 EV Charging System, developed by Evatran™, is the first wireless electric vehicle (EV) charging system on the market in the world. Plugless offers customers a simple way to charge their EVs with the ease of wireless technology. In 2011, Evatran began field trials for Plugless with installations across the USA including at Google, SAP and Hertz. Since shipping its first production system in early 2014 Plugless units have provided more than 1 million trouble-free charge hours. Partnership clients have included the Department of Energy, through its contract with Oak Ridge National Lab and the Swedish Energy Agency and with investments by VIE, a leading tier-1 automotive parts manufacturer based in China. In 2016 VIE and Evatran established a joint venture to meet the demand by OEMs manufacturing EVs for the Chinese market. In December 2016 the JV demonstrated a functioning 7.2kW production Plugless system charging a JAC iEV6s across 254mm of clearance, another first for Evatran.

Originally founded in 2009. Evatran is headquartered in Richmond, Virginia and is the market leader in meeting demand for high-power inductive EV charging products. To learn more about Plugless visit www.pluglesspower.com.