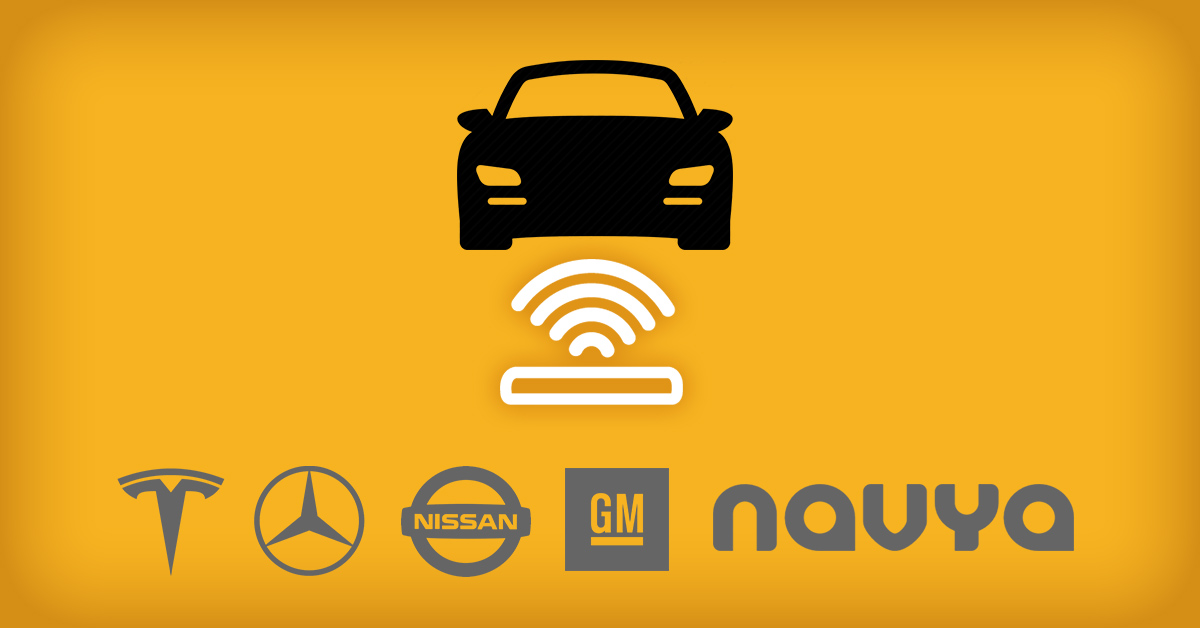 It’s been well documented that most EV manufacturers are working hard to offer wireless charging in new EV models. Wireless charging is a premium charging experience with huge upside for automakers and consumers, as solving for the cord hastens the massive adoption of EVs. Wireless EV charging is the only way to get never-forget, hands free, automatic charging.

In North America, wireless EV charging options are available now for purchase on select EVs. More are promised in the very near future. Here’s the current menu of EV choices that let you leave both the gas station AND the charging cord behind.

Tesla Model S – later this fall, the very first Plugless systems will be installed on the leader of the luxury sedan market as a premium aftermarket accessory. The Model S has a long history of automotive innovations like over-the-air updates, autopilot and summon and a host of other convenience and performance features. The Tesla Model S starts at $66,000. Plugless for Tesla Model S owners will be the first to have the 2nd Generation Plugless System integration and the fastest wireless EV charger available in the world – recharging 20 to 25 miles of range per hour. Plugless for Tesla Model S is priced at $3,420 and can be reserved now for $342. Get yours now. 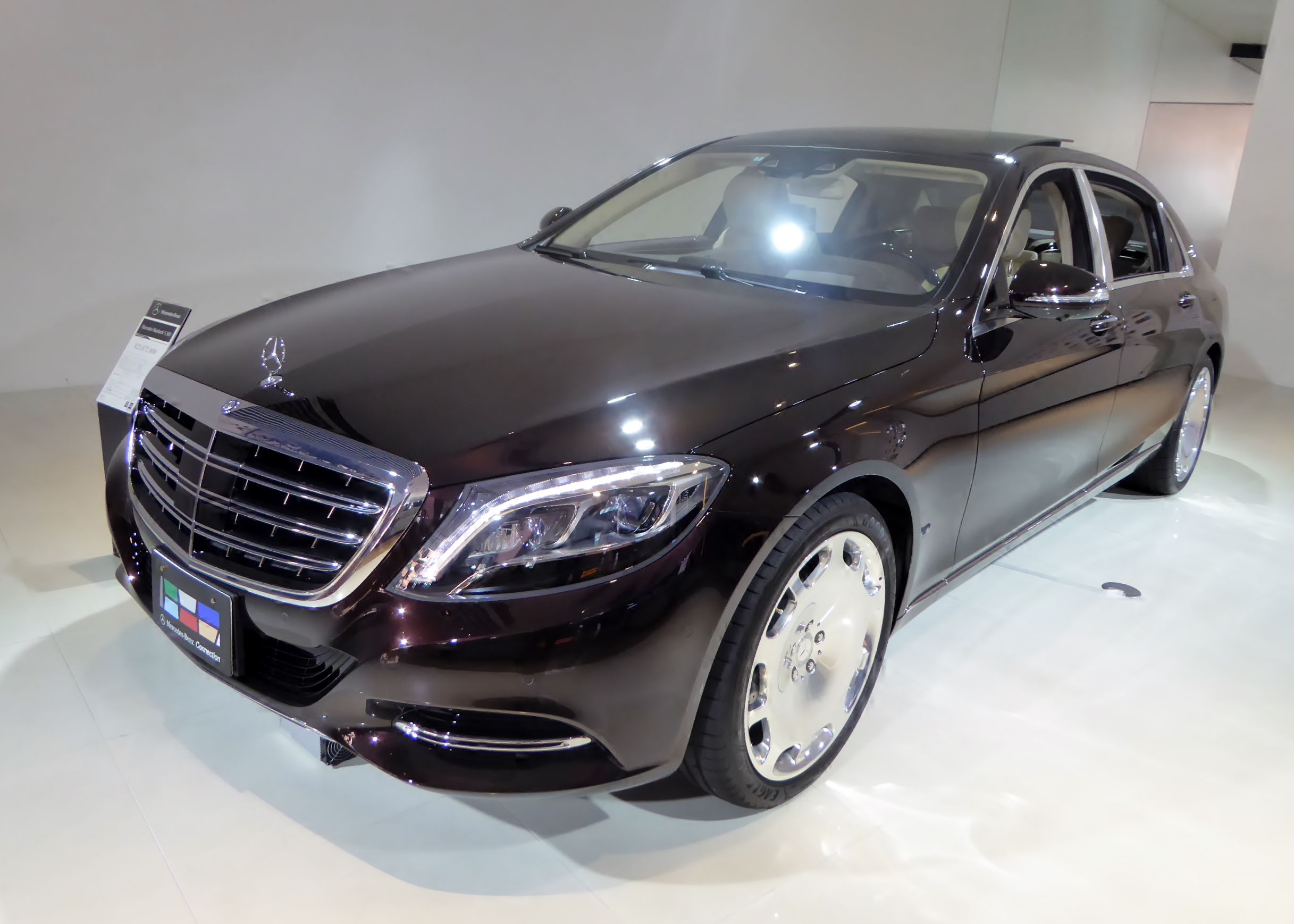 Mercedes 2017 S550e – Mercedes recently announced that it will include a 3.6kW inductive wireless EV charger as an option on its luxury plug-in hybrid electric S550e sedan sometime in 2017. While this system offers only half the power of systems available for Tesla, it is the beginning of the worldwide rollout of manufacturer-equipped wireless EV charging systems that will accelerate through 2020. Currently, the Model S550e is a special order EV and starts at ~$97,000. Mercedes has not announced when the ability to purchase its wireless charging option will become available, nor the price of the upgrade. 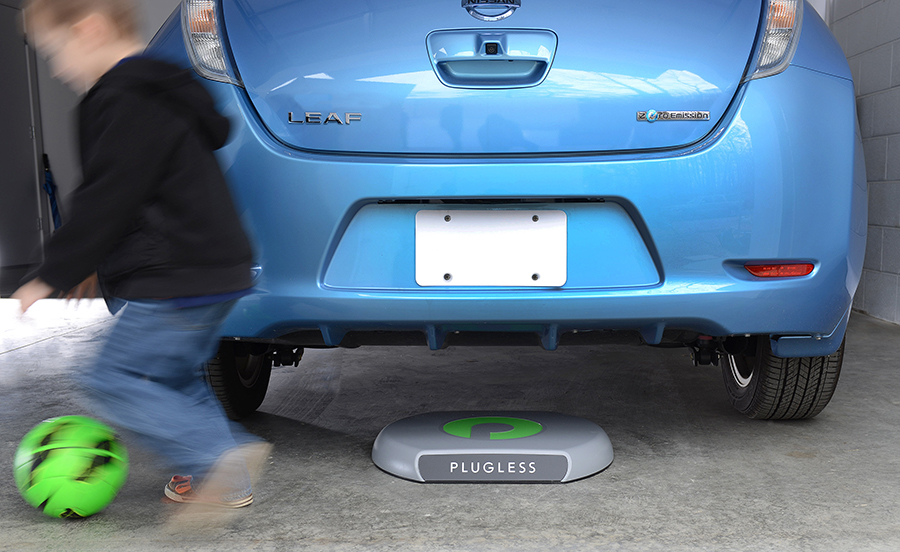 Nissan LEAF – This pioneering battery electric vehicle was the very first EVs to get wireless EV charging. The 2016 LEAF, with an upgraded 30kW battery pack (107 miles, 172 km) starts at $29,010. LEAF drivers across North America have enjoyed regular, never-forget charging with Plugless for more than two-and-half years. Plugless for LEAF is available for purchase now for all model years and provides 12-15 miles of range per hour of charge. Get details and pricing.

Chevy Volt – there are more Volts on the road in North America than any other EV. Sales crossed more than 100,000 sold in the U.S. just recently. This well-engineered and beloved plug-in hybrid electric has been supported by Plugless since early 2014. There are more Volts that are wireless EV charging enabled than any other vehicle. Volt drivers with Plugless appreciate how autonomous charging translates into more electric-only miles driven by the hybrid driver. Plugless is available for purchase now for 2011 to 2015 model years.

A Window into our Fully Autonomous Future

You may wonder why nearly every car manufacturer with serious EV efforts is also including wireless EV charging in their plans. They all certainly believe that cords are holding back some adoption of EVs. But there are much bigger aspirations. Manufacturers are planning for (and Tesla is now pioneering) fully autonomous transportation. If you believe, like they do, that we are moving toward that future, then wireless EV charging like Plugless, is essential. A vehicle that drives itself, must be able charge itself.

This concept is not a thing of the future. A French company proves that wireless EV charging on autonomous fleets is already happening.

NAVYA ARMA –  The French company NAVYA builds a fully autonomous 15-person shuttle bus called the NAVYA ARMA. The company is aiming to have more than 30 vehicles deployed by the end of 2016. It recently announced a $34-million-dollar capital raise based on its international expansion. NAVYA states that the ARMA “batteries can be recharged by induction.” This marks the first fleet of vehicles that can charge hands-free. 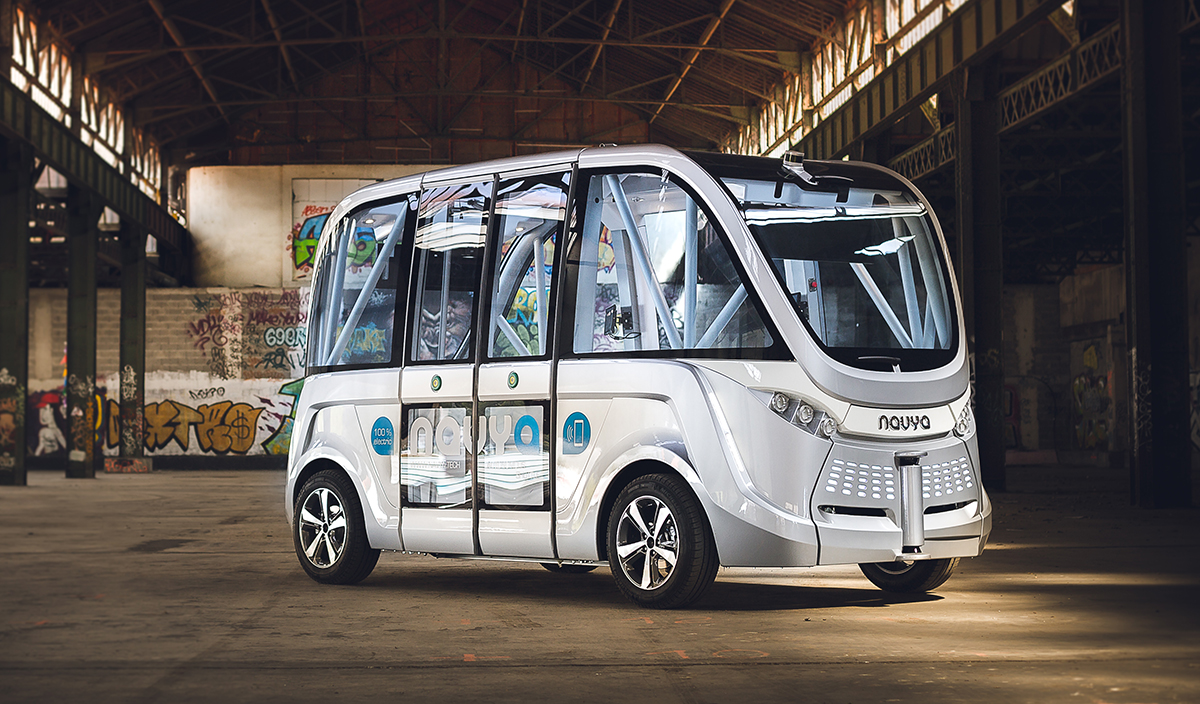 Electric vehicle owners have left the gas pump behind. With Plugless charging they go one step further into the future by forgetting the cord. Wireless EV charging is both a catalyst and an essential solution for moving transportation to electrified and increasingly autonomous vehicles. The speed in which cars are being made wireless-ready is ramping up. So stay tuned and we’ll update this list with new wireless EV charging offerings.