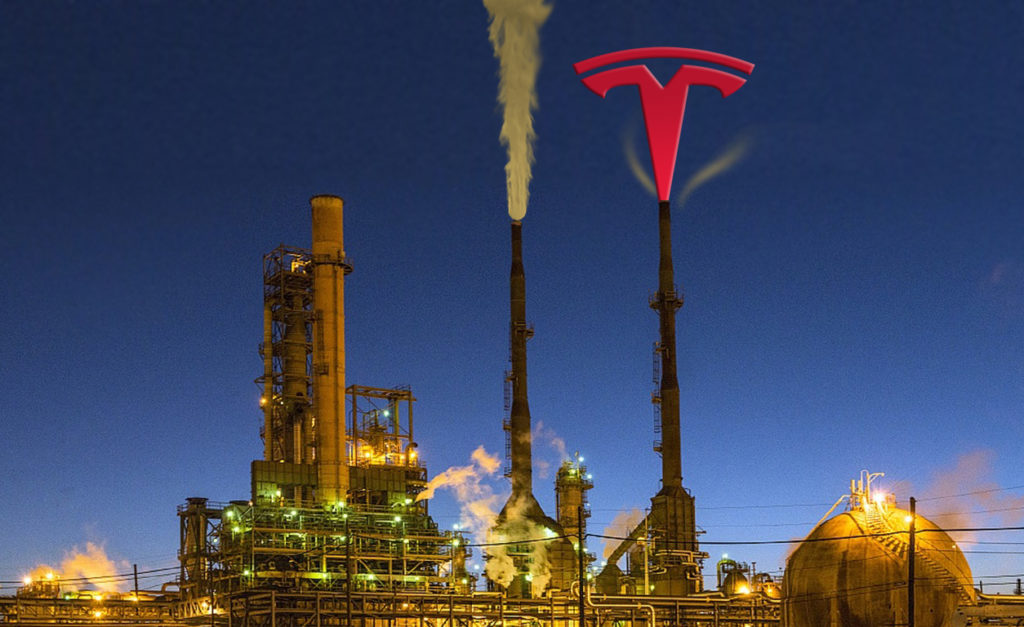 With their ability to go from zero to 60 miles per hour in just 2.5 seconds, electric vehicles from Tesla Motors obliterate comparable gas cars in performance. And they do it with much lower greenhouse gas emissions. Mean and green.

Tesla Model S and X drivers have saved at least 340,000,000 pounds of greenhouse gasses since the Model S began shipping in 2012. 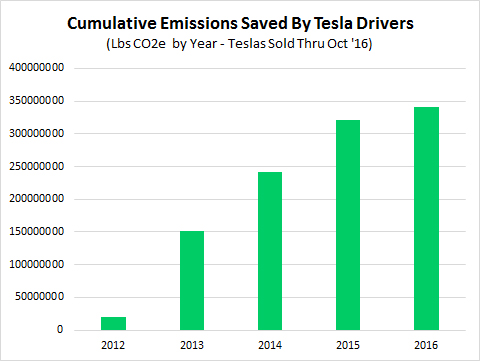 How Are Tesla Emissions Savings Calculated?

Teslas eliminate all tailpipe emissions that would otherwise come with driving a gas car. However, EV owners still need to use quite a lot of electricity. There are currently still emissions created by producing electricity. Fortunately, emissions per mile associated with generating electricity are lower than those associated with extracting, refining, distributing and burning gasoline in all but a few narrow scenarios in the U.S. (e.g. certain Midwest power markets)

Does Your EV Charge Wirelessly? Find Out:

Clicking ‘Go’ will exit this article.

The average Tesla in the US nets about 650 pounds of greenhouse gas savings, measured in carbon dioxide equivalent (CO2e). The 90,000+ Teslas that have been sold in the US since 2012 have racked up a cumulative total of at least a third of a billion pounds in greenhouse gas savings. In California, where over 40% of Teslas are sold, the cleaner electricity production nets 3,400 pounds CO2e savings per Tesla each year. 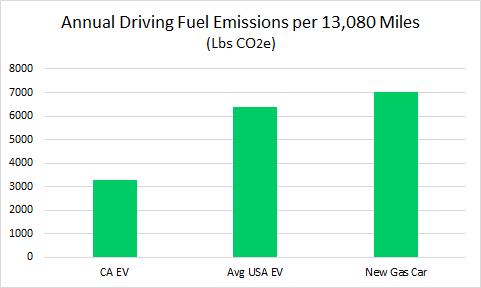 How do you wrap your head around a number as big as 340 million pounds? What does that mean? According to the EPA’s equivalency calculator, it’s significant. Tesla drivers have saved the equivalent emissions of:

And the Tesla fleet will continue to save emissions. Even if nary another Tesla were ever sold after today, the existing fleet will save over 350,000,000 pounds of CO2e every year into the future. That’s hundreds of millions of climate disrupting gasses that would have been emitted by the alternative: new gas cars getting an average of 36 mpg.

And Tesla drivers are likely saving even more than that. The numbers above are calculated using average emissions factors for statewide electricity grids. According to a report commissioned by the Smart Grid Consumer Collaborative (SGCC), up to half of all EV owners may not be using grid electricity at all. They may be driving on energy from solar photovoltaic panels. Solar panels still have some manufacturing and distribution emissions. But they’re 6 times cleaner per kWh than grid energy according to scenarios from UC Berkeley’s Carbon Calculator. Assuming about half of Tesla owners do indeed have solar the total cumulative savings so far could already be over 700 million pounds.

What About When Tesla Sells Half a Million Cars a Year?

As much emissions as Teslas have already saved, they can save so much more. EVs currently make up less than 1% of new cars sold each year which allows plenty of room for growth. If Tesla reaches its target volumes of 500,000 cars per year, emissions savings of the US Tesla fleet will be over 1.3 billion pounds annually. That’s the same as taking nearly 100,000 US households off the grid every year.

A major difference between electric and gas cars is that electric cars car keep getting cleaner over time. A Tesla on the average US electricity mix saves some 600 pounds of CO2e per year compared to an efficient new gas car. But in 10 years, that gas car will be sputtering along with lower efficiency due to wear and tear. The electric car will get cleaner as the grid gets cleaner.

If the grid were twice as clean in 10 years, EVERY electric car on the road would run twice as clean. The exact same Teslas currently on the road saving 340 million pounds of CO2e per year right now would be saving over 700 million pounds per year in 2028. The effects are cumulative, and they continue accelerating along with advancements in the grid. That’s the incredible thing about what Tesla and other EV drivers are accomplishing in the push to “accelerate the clean energy revolution.”

Check out Sources and data used for this article.

Subscribe now to get updated when Tesla drivers break a billion pounds CO2e saved using the quick form below: