Let your Tesla charge itself.

Today, Tesla held its Q4 and Full Year 2016 Financial Results and Q&A Webcast for investors (and all the millions who follow Tesla) – you can listen to the webinar and read the IR letter here).

The guidance on production volumes Tesla presented today makes this a good time to revisit the estimate for when Tesla and GM should cross 200K cumulative U.S. deliveries. This magical number is the trigger that begins a sunset process for the $7,500 Federal EV Tax Credit. The process lasts over many quarters and it’s specific to each manufacturer…this is confusing so see below.

Today’s guidance revealed three bits of information that makes it much more likely that Tesla will surpass 200,000 U.S. deliveries this year and perhaps even as early as October. That is if Tesla doesn’t game the system and push the 200,000 U.S. delivery to January in order to push the sunset period back a full quarter (yup – all of that is explained below).

According to a handy bulleted list of the juicy bits of today’s Tesla event compiled by Reuters those are:

So plugging in new, estimated deliveries of Teslas in the U.S. since I last prognosticated this in September, and making some assumptions about today’s guidance and Tesla will “crossover” 200K deliveries sometime on either side of November.

For GM’s part: they start with 126,740 cumulative EV deliveries in the U.S. through January. Even with the twin successes of the Bolt roll-out and the Gen 2 Volt selling strong, I’ve seen nothing that makes me believe GM has plans to drastically ramp up production beyond my previous guess of 4,200 combined U.S. deliveries per month through the year. But even so that’s more than 50K more EV keeping it clean in the U.S. 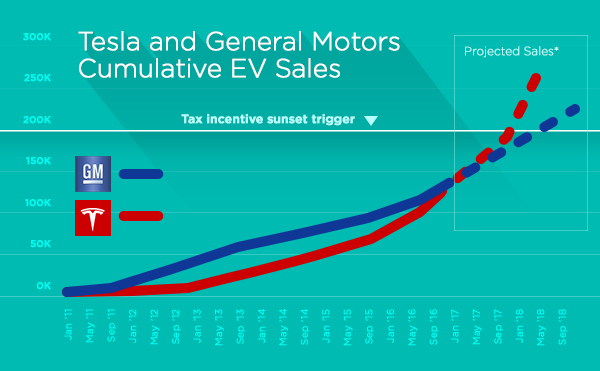 Here’s the original post (all the “see below” stuff can be found here).

Forecasting the Sunset of the Federal Tax Credit for Electric Vehicles

Sometime in early 2018, the EV community in the U.S. will buzz about the specific clauses in the Internal Revenue Service section code IRC 30D, better known as the “Plug-In Electric Drive Vehicle Credit.” That’s the code that allows for up to $7,500 off on Federal taxes for the purchase of a new electric vehicle. It’s one that has a “sunset” clause that is specific to each vehicle manufacturer’s success. Once each manufacturer (OEM) reaches 200,000 cumulative U.S. sales of all of its EVs (from 2010 onward) the phase out process begins. So, the more EVs an OEM sells, the quicker the credit will sunset. Meaning the OEM that wins, is first to lose, but has actually won (because of their success).

Who will be first and when? That’s the $1.5-billion-dollar question but it’ll likely be a horserace between Tesla and General Motors (GM).

Who will be first and when? That’s the $1.5-billion-dollar question but it’ll likely be a horserace between Tesla and General Motors (GM).

First, let’s take a look backwards. While GM rightfully celebrated the sale of the 100,000th Volt on August 1st, as a manufacturer it likely crossed the halfway point in April. That’s because it also makes the Chevy Spark and, until recently, the Cadillac ELR. Tesla is likely crossing the halfway point right about now (September/October-ish). “Likely” and “ish” because Tesla does not report its monthly sales or regional allocations. InsideEVs, from which we draw much of our sales data, captured Elon’s explanation on why Tesla does this in this post.

Looking forward into the crystal ball (read: an excel spreadsheet) and making a few conservative assumptions, it appears that Tesla will cross the line first, in the first quarter of 2018 followed shortly, a quarter or two later, by GM.

Even when an OEM crosses the 200,000 mark, the phase out process could take anywhere from sixteen to eighteen months before the credit is zeroed out. To understand this, we must begin at the beginning. The IRS code describes when a phase out starts for each manufacturer (it’s cozy reading in Section 2 of IRS Bulletin: 2009-48) like this:

“The new qualified plug-in electric drive motor vehicle credit phases out for a manufacturer’s vehicles over the one-year period beginning with the second calendar quarter after the calendar quarter in which at least 200,000 qualifying vehicles manufactured by that manufacturer have been sold for use in the United States”

Here’s how that works:

Elon and his merry band of disruptors sell their 200,000th Tesla in January, 2018. All Teslas sold in THAT calendar quarter (i.e. Jan, Feb and March 2018) get the FULL $7,500. Then, all the Teslas sold in the quarter after (in this case April, May and June 2018) that first quarter also get the FULL $7,500 credit. The reduction in the amounts of the credit then begin with “the second calendar quarter” after Jan, Feb, Mar – specifically, July 1st (the beginning of the July, Aug, Sept calendar quarter). That means all Teslas sold from January to June would get the full $7,500 credit (hooray for a bunch of Tesla Model 3 reservation holders!).

The reduction of credits is a one-year process of stepped down credit amounts.

Note: “Sold” means “delivered” to a U.S. buyer, it does not mean “reservation.”

This is exactly the same as scenario 1, except Tesla hits the 200K mark in March 2018. That is, unfortunately, the LAST month in the first calendar quarter of the year. In this circumstance the full $7,500 is still available for U.S. Tesla owners who take delivery from January 2018 until June 2018 but the phase out still begins on July 1st as it does in the 18th month scenario. Meaning, even if Tesla were to cross 200K sales two months later than it would have in scenario 1, the credit would still zero out after June 2019.

As Tesla approaches 200K, it would be better (at least for Tesla reservation holders and buyers) if they gamed their deliveries to avoid scenario 2. Tesla could do this by shifting some deliveries to other countries for a month and then wait until April to cross the 200K line. This is the first month in the next calendar quarter and allow a full (and later) 18-month phase-out process.

Clear as mud? Here’s a graph that might clear these three scenarios up.

Having the extra two months of the 18-Month scenario means the OEMs will likely do everything in their power to time their 200,000 EVs sold “crossing point” to a first month of the calendar quarters. Those are: January, April, July or October.

Having the extra two months of the 18-Month scenario means the OEMs will likely do everything in their power to time their 200,000 EVs sold “crossing point” to a first month of the calendar quarters.

Looking forward, there are some questions on process. Who makes the announcement about the 200,000K crossing point, the OEM or the IRS, or both? And when is the announcement made, given that the OEMs report their EV sales to the IRS quarterly? We can assume that manufacturers will want to push sales using the urgency of the phase out and announce as quickly as possible.

Manufacturers Can Jam the Gym After the 200K Mark

Another important point, there is nothing in the code that restricts the amount of EVs that qualify for the credit after an OEM crosses 200,000. This is important the case of Tesla which has targeted 2018 as the year it will reach its goal to crank out 500,000 EVs. Even if upwards of half of Tesla output is sold internationally, Tesla could conceivably sell well over than 200,000 EVs in the U.S. as the credit phases out.

Lots of factors will change this forecast (and keep in mind, I am no analyst) but the main themes to keep an eye on are – how is Tesla doing with ramping up its manufacturing and how many Chevy Bolts are sold (which is both a sales AND a manufacturing story)?

In the end, all of us win as the credit helps OEMs drive down the cost of EV technology and more and more drivers move away from gas-only cars and toward a sustainable future. 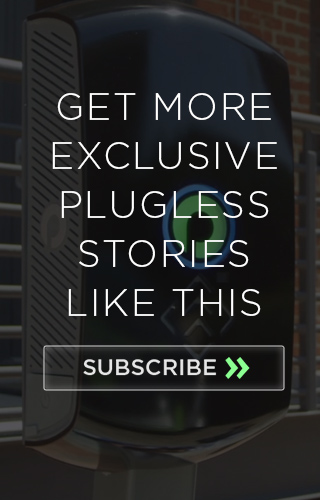 Steady Volt, Spark and ELR/CT 6 sales that roughly average 2500 units per month. Then in December of this year add first-month, “ceremonial” shipments of the 200 Bolts. Then splitting a decent (but conservative) net additional sales of 20,400 EVs GM-wide in 2017. This assumes some cannibalization of Volt sales by the Bolt.

Tesla makes good on its goal of becoming the best car manufacturer in the world and sustains an average of 5,000 units shipped per month from now until the launch of the Tesla Model 3 in late 2017.

All the other EV manufacturers:

Anything can happen of course, but Nissan is the only OEM that could conceivably get to 200,000 sales in the U.S., around the same time as GM. But that would mean a surprise new EV launch (either a gen2 LEAF or something else) that was the most spectacularly best-kept industry secret in modern times. Without it, Nissan’s next-gen LEAF will come too late to catch up to the front-runners. What will be fascinating to watch is how quickly BMW and Ford or others can catch or pass-by Nissan. 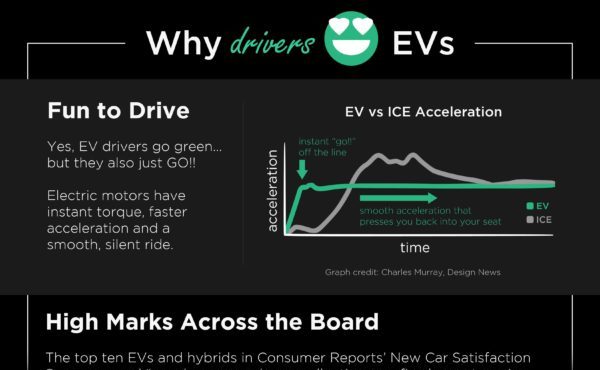