Transparency is good! Here’s more and our methodology for the e-miles article. We took monthly EV sales data provided by the InsideEVs fantastic MONTHLY PLUG-IN SALES SCORECARD stretching back to December 2010 and then determined the monthly cumulative sales of each EV up through February 2017. For every month we multiplied the cumulative sales of the EVs with an estimate of monthly e-miles driven by that EV.

Monthly e-miles driven. Where available we used available data on annual Electric Vehicle Miles Travelled (eVMT) – that is what we are referring to as e-miles.

For EVs where we did not have data we used various methods to estimate the monthly eVMT. 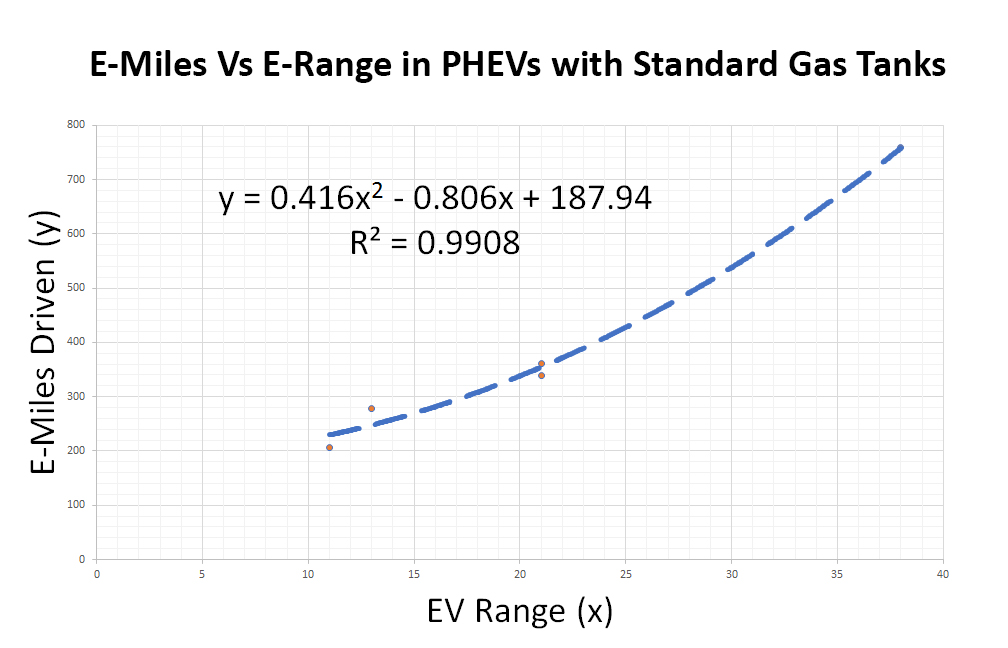 For PHEVs we used a line graph to predict the eVMT. The correlation between the EPA-rated longest battery only range and monthly eVMT was consistent when plotted (see graph to the right and table below).

For BEVs we conducted a rough eyeball method because of the inconsistency and incompleteness of the data – no such neat plotting exists when you chart out the BEV eVMT data for reasons described by the authors of the CARB study (below the data). So we placed the BEVs in a table and made guesses based loosely on what we saw.

“When looking specifically at BEVs driven in California, factors such as body style, self-selection, commute, access to charging infrastructure and sharing of vehicles all seem to play a role in determining eVMT, in addition to electric range. Range alone does not explain reported eVMT. For example, the self-reported annual eVMT of the Fiat 500e (7,912 miles) is much lower than expected given its all electric range of 87 miles compared with other BEVs of similar range such as the Honda Fit EV and the Chevrolet Spark EV (11,049 and 9,167 miles). Although the Tesla Model S and Toyota RAV4 EV have very different electric ranges greater than 100 miles (265 vs 113 miles), both vehicles get fairly similar annual eVMT (12,174 vs 11,519 miles) (Nicholas, 2016). The Honda Fit EV had the highest annual eVMT (11,049 miles) of the BEVs with an electric range below 100 miles, followed by Nissan Leaf (9,511 miles), Ford Focus Electric (9,442 miles), Chevrolet Spark EV (9,167 miles), BMW i3 (8,169 miles), Fiat 500e (7,912 miles) and lastly, the Smart Fortwo (6,690 miles). Additionally, the overall share of is not dictated by vehicle range alone. For example, the Fiat 500e and the Toyota RAV4 EV contributed to the smallest and largest share of household eVMT (~37-49%).“

NOTE: This study is intended to be an approximation as there are several factors which were not included in this analysis as the data still serves our main purpose of comparing the relative e-miles rankings of various EVs and OEMs. For example, EV fleets certainly suffered losses over the years in totaled vehicles; used EVs may not be driven the same as newly purchased EVs, range can change over time, etc. Feel free to contact us with suggestions, corrections or better sources of data on eVMT estimates and we’ll update our database accordingly. For the record, we think it is pretty cool that Tesla can most likely pull most, if it not all, of this data from their fleet of EVs.

Help us Make this Data Better – send us an email.

Get the next report delivered directly to your email – subscribe for free! 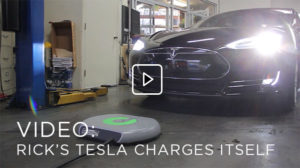 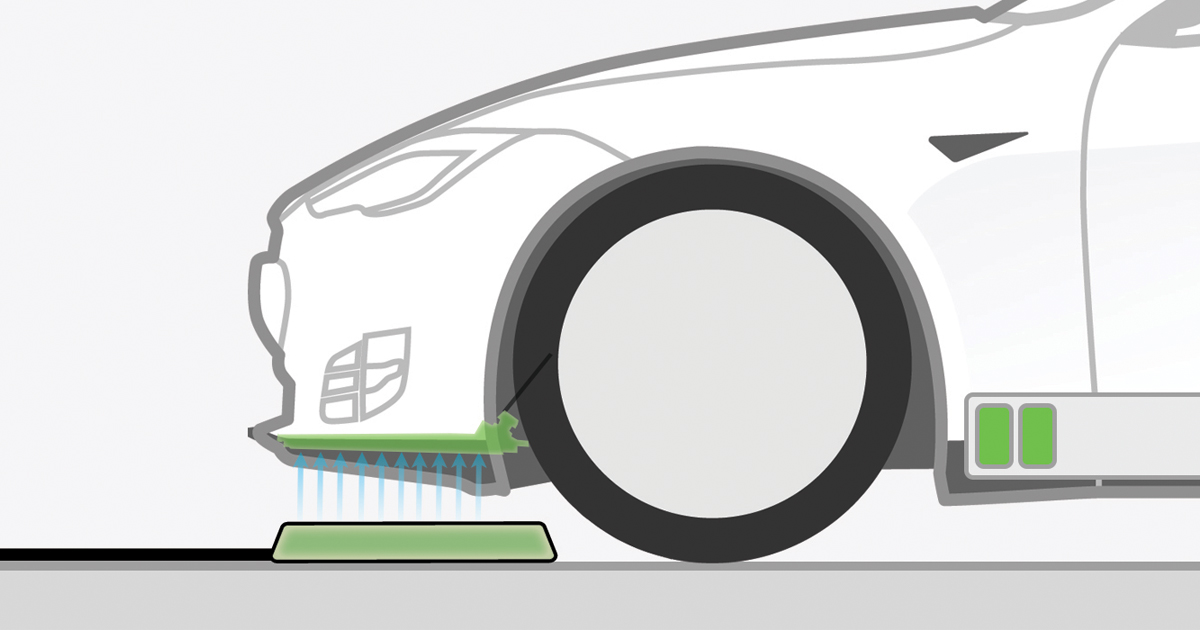 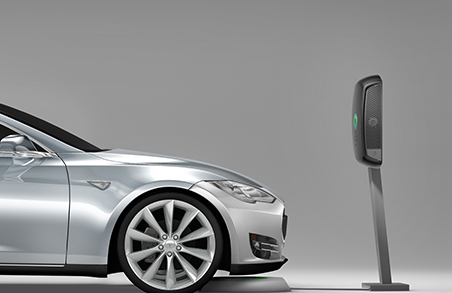 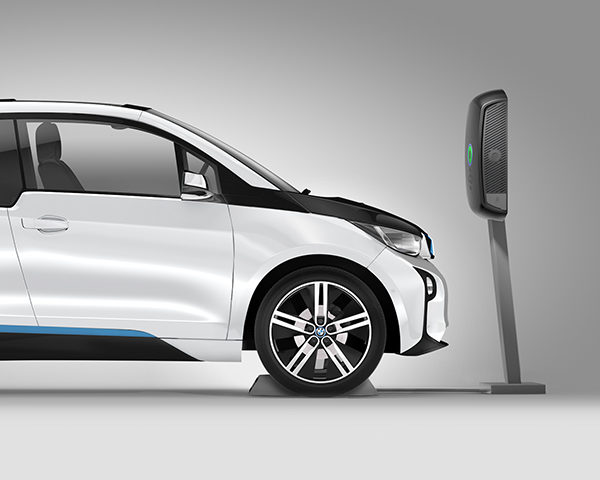 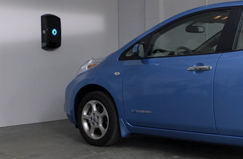